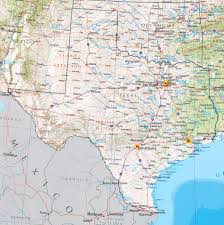 He was said to be back home in Texas with his children.

She may stay in Texas and look for a job.

They did not know how many people were coming to Texas.

He would have been, but for a Texas court stay.

Gone all the way back to your school days at Texas.

But he was still for the Texas right to work law.

But Texas was not living up to his part too well.

A few days down in Texas would be just what he needed.

He came to Texas to find work in the oil business.

The two run away together and leave Texas, their home, behind.

If you don't believe me look at Texas as an example.

They were the men he had brought up from Texas.

And Texas has gone well out of its way to keep me here.

What are you doing for children to make Texas a better place to live?

And in the course of the night each woman called Texas to ask about her children.

The wait is two and a half months at the Texas center.

But they did a great job in Texas this year.

He is running hard on his education record in Texas.

She found a job in Texas and stood by her man.

In response, Texas has set up a very different system.

That would have been the end of the Texas case.

There was not enough room for both, even in Texas.

Texas is better off than it was four years ago.

I had to run against two guys from Texas four years ago.

It was nominated for the Grand Jury Prize at the 2009 Sundance Film Festival, and won the 2009 Feature Film Audience Award for the Lone Star States at South by Southwest.