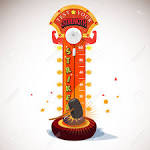 The most useful is a field strength tester which can be bought at reasonable cost.

They became popular releasing not only slot machines, but also Strength Testers and Bagatelle style games.

Strength tester may refer to:

This machine is a tensile strength tester, to ensure the stamp peels off the stamp book, but stays on the letter.

A high striker, also known as a strength tester, or strongman game, is an attraction used in funfairs, fundraisers, and carnivals.

Personality strength testers are a type of amusement personality tester machines that try to rate the strength of the subject's character.

The Musée Mécanique in San Francisco has a collection of over 300 mechanical games including strength testers:

With a 1908 red-white-and-blue metal "shake with Uncle Sam" strength tester, it costs a cent to grip the symbol's hand hard enough to ring the bell.

A strength tester machine is a type of amusement personality tester machine, which upon receiving credit rates the subject's strength, accordingly how strong the person presses levers, squeezes a grip or punches a punching bag.

In the past, strength testers could mainly be found in penny arcades and amusement parks but they are now also common in pub style locations as well as video arcades, bowling alleys, family entertainment centers and disco venues.

He has become a part of Dutch folk culture and a carnival "strength tester" called the "Kop van Jut" (Head of Jut, hitting a block with a large mallet, causing a bell to be rung if the blow is powerful enough) is said to be named after him.